Why Do American Couples Divorce? 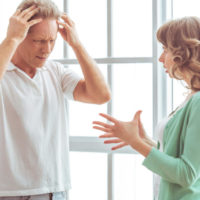 The obvious reason why American couples divorce is that they determine they are no longer compatible with each other. But when most people ask this question, they are not looking for the obvious answer – they are looking to understand the issues that drive couples to end their marriages. Couples divorce for a wide variety of reasons, and they do not have to disclose their reasons when they file for divorce. In Florida, just like every other state, a couple can opt for a no fault divorce by citing that their marriage is irretrievably broken.

Here are a few of the most common reasons why American couples file for divorce:

It can be very difficult for a marriage to recover after one partner’s adultery. Because of this, adultery is one of the most common reasons why couples divorce. There are a variety of reasons why married individuals have affairs, ranging from conflicts with their spouses to their own insecurity.

When a couple cannot communicate effectively, their bond can easily break down. Couples who do not actively make an effort to learn how to communicate can see their marriages break down further and further from their conflicts and inability to resolve them, sometimes driving them to the point where divorce is the only option. It does not matter what the couple disagrees about – their children, their relationships with family and others, their careers, and their finances are common topics that couples fight over – but how the couple resolves their disagreements that impacts the quality of their relationship.

When a couple experiences communication difficulties, marriage counseling can be a way for them to resolve these challenges and build a stronger relationship.

When money is tight, both partners’ stress levels rise. In many cases, this is so severe that it drives the couple to file for divorce. Financial difficulty is one of the leading causes of relationship stress in the United States. In a survey by SunTrust Bank, 35 percent of respondents said financial difficulties were the primary cause of marital discomfort in their lives.

For some couples, there is no specific issue that ends their marriage. Instead, the couple simply finds that after years together, they have grown into such different people that neither wants to remain in the marriage. According to a 2003 study published in the Journal of Family Issues, 8 percent of respondents reported growing apart from their spouses as the reason why they divorced.

Some marriages end over one problem while others end after the couple faces a multitude of challenges. You do not need a specific reason to end your marriage. If you know that your marriage is an unhealthy, unhappy one and there is no chance of that changing, divorce is the healthiest option for every member of your household. To learn more about the divorce process, contact the Law Offices of Steve W. Marsee, P.A. to schedule your initial consultation with an experienced divorce lawyer in Orlando.