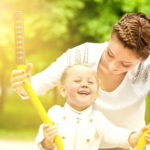 How will my Criminal Record Affect my Child Custody Order? 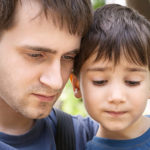 What Do my Relationships Have to Do with my Child Custody Order? 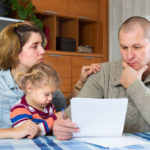 How to Interact with Child Protective Services

Child custody can be a complicated, emotionally difficult topic for parents. In an effort to gain full custody of their children, some parents make false accusations that their former partners are abusing their children. In other cases, parents, teachers, and other mandated reporters genuinely believe that children are being abused and make reports to… Read More »

A Lee County judge has decided that two pre-teen girls, whose mother was bludgeoned to death in the summer of 2015, should remain in the care of their father despite his recent implication in the tragedy. According to a Naples Daily News report detailing the story, Florida’s Department of Children & Families (DCF) provided… Read More »

Is There A Set Age in Which a Child Can Choose Which Parent to Live With?

It is a question commonly asked by divorced or divorcing couples – when will my child be old enough to decide which parent her or she wants to live with? The reason behind this inquiry can vary, as sometimes the noncustodial parent wants the child to live with them or the child asks to… Read More »

The Difficulty in Obtaining Sole Custody in Florida

Under Florida law, child custody is based upon the “best interest of the child” and includes several factors that look into his or her health, education and emotional well-being. Prior or during most divorces the soon-to-be ex-spouses create a parenting plan, which includes time sharing with the child or children. If you or someone… Read More »

Child Time Sharing When You Are a Florida Military Family

A military family who has gone through a divorce faces unique circumstances in addition to confronting the legal system that may vary from state to state. If you are a member of the military – or are a military spouse or ex-spouse – it is important to be aware of these special issues to… Read More »

Church Service Disrupted by Police Due to Child Custody Battle

Pensacola police interrupted Sunday service at the Allen Chapel African Methodist Episcopal Church, just prior to the sacrament of Communion, to execute a court order and take a teenager into custody. According to USA Today news report, officer Meghan Darling went over to the church with the father of the child in an attempt… Read More »