Will I Be Ordered To Pay Child Support If I’m Unemployed? 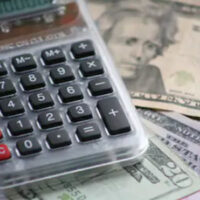 If you do not have a job, you may wonder if you can be ordered to pay child support despite unemployment. Each parent’s current employment is one of many factors that are considered by Florida courts when deciding whether to order child support in a divorce.

Contrary to popular belief, just because you are unemployed does not necessarily mean that you will not be ordered to pay child support. In fact, if you intentionally stay unemployed to avoid paying child support, you can face serious penalties.

Consult with an Orlando child support lawyer to determine if you will be ordered to financially support your minor child.

Can You Avoid Child Support if You Are Unemployed?

If one or both parents are unemployed at the time of the divorce, the child support order will be based on the parents’:

When a parent voluntarily quits their job and chooses to stay unemployed despite their ability to find gainful employment, the court may base the child support award on:

When a court imputes income, it assigns income to a parent to create a legal obligation to pay child support.

When Do Florida Courts Impute a Parent’s Income for Child Support?

There are three situations in which a court can impute a parent’s income when calculating child support.

You Can Face Penalties for Not Paying Child Support

While paying child support can put a strain on your finances after a divorce, failing to comply with a court order is associated with a wide range of negative consequences, including:

If you are going through a divorce in Florida, you may want to consult with an attorney to determine if you will be ordered to pay child support even if you are unemployed. Contact our knowledgeable and skilled attorney at the Law Offices of Steve W. Marsee, P.A., to discuss your particular case. Call 407-521-7171.