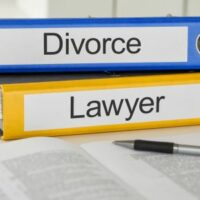 The psychological effects of a divorce can last long after the papers are signed. Some spouses struggle with bitterness and resentment for many years after this process is finalized, and some never truly get over it. Some of these individuals have valid reasons for feeling this way, while others may simply be unable to deal with their new reality. Whatever the case may be, it’s important to avoid this situation whenever possible. Bitterness and resentment makes it difficult to move on and co-parent effectively. These issues can also lead to continued legal action as the bitter spouse attempts to “get even” in court. So what might cause lingering bitterness after a divorce, and how can you avoid this?

One of the most common reasons for resentment after a divorce is an unfair settlement that is quite obviously skewed in the favor of one spouse. If you are under the impression that you emerged from your divorce as the clear “winner,” you might feel great about this at first. But you have to understand that your former spouse will struggle with bitterness over the years, and there is a high chance that they will take you back to court to address the most unfair elements of the settlement.

This is why it’s generally a good idea to adopt a more compromising, cooperative approach when divorcing instead of an adversarial “me vs them” mindset. If both parties walk away feeling good about the divorce, the chances of continued legal action decrease notably.

Stretching the Truth in Court

If either spouse “stretches the truth” in court to get a better outcome, it can cause serious rifts in the family that never truly heal. For example, one spouse might accuse the other of domestic violence or substance abuse – despite this never actually occurring. The goal might be to rob the other spouse of their parental rights and create an unfair custody arrangement. Once again, this can lead to serious resentment, and you might find that your spouse becomes intent on turning the tables and taking away your custody rights for any perceived instance of abuse or neglect.

Turning the Kids Against a Spouse

Another common reason for resentment is when a spouse uses their children as pawns in the divorce, telling them lies about their ex and turning the kids against their parent. Although this might seem like an effective strategy at first, it can backfire tremendously. If the court finds out about this, you will be the one who suffers a loss in custody rights. In addition, the resulting resentment in your ex can cause mental health issues for your children as rifts develop in the family.

Where Can I Find a Qualified Divorce Attorney in Florida?

Handling a divorce right from the beginning is the best way to avoid these issues, and you can do so with Orlando family lawyer Steve Marsee, P.A. Whether you’re struggling with loose ends after a divorce or you’re approaching this process for the first time, we can guide you towards a positive outcome that everyone feels good about. Book your consultation today, and we can develop an effective action plan together based on your unique circumstances.