What is Florida’s 2020 Alimony Reform All About? 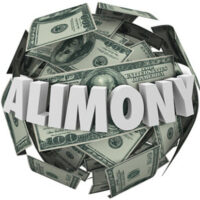 Supporters of the alimony reform could soon reshape the legal landscape of spousal support in Florida. Florida residents are picking sides in the heated battle between those who criticize the reform and those pushing to change the current system.

After a series of scandals and controversies, the alimony reform could be on the 2020 legislative agenda, but experts are concerned that deadlock could be on the horizon.

The main idea behind Florida’s alimony reform is to get rid of “permanent” alimony once and for all. If you are currently paying or receiving “permanent” spousal support, you may want to speak with an Orlando alimony attorney at the Law Offices of Steve W. Marsee to find out how the reform could affect your divorce arrangement.

The alimony reform in Florida has been at the center of controversy after members of The Florida Family Law Reform PAC shared insensitive comments on social media. Namely, they compared alimony with slavery, and called former wives receiving alimony “leeches.”

Ever since the scandal made headlines, the Family Fairness Group has become the leader in the pro-reform camp, cutting ties with the Florida Family Law Reform PAC due to its former members compromising the integrity of their goals.

Canceling permanent spousal support is the primary goal of the reform. Permanent alimony allows a lower-earning spouse to collect a monthly payment from her or his ex-spouse for the rest of their lives.

Advocates of the reform argue that putting an end to permanent alimony would allow weaning the receiving spouse off spousal support and creating an impulse toward self-sufficiency.

Problems with the Alimony Reform in Florida

Opponents of the alimony reform argue that canceling permanent alimony would not be very practical in many cases. In some cases, especially after long-term marriages, a lower-earning or unemployed spouse who spent years or decades raising their children and doing household chores are not able to maintain the pre-divorce standard of living on their own.

Due to the lack of working experience and no marketable skills, these people present little to no interest to employers. Although spouses who have not had a job in years or decades can go to school and get additional training to learn marketable skills, would that be practical advice for former spouses in their 50s or older?

For now, pro-reform activists do not have a viable solution to address these issues, while their rather aggressive approach alienates many people and lawmakers.

For example, the Florida Family Law Reform PAC uses such terms as “forced financial servitude” to describe the process of paying alimony, and blames those who receive spousal support for having “zero accountability.”

While the Family Fairness Group has softened its rhetoric when advocating for the reform, the agenda remains unchanged. One of the group’s main goals is to prevent contested divorces from destroying families. Members of the group argue that forcing one spouse to pay alimony to another for the rest of their life contributes to the destruction of families.

If you are currently paying or receiving permanent alimony in Orlando or elsewhere in Florida and want to learn more about the reform’s effect on your current arrangement, talk to our Orlando spousal support attorney. Contact the Law Offices of Steve W. Marsee to schedule a free consultation. Call at 407-521-7171.