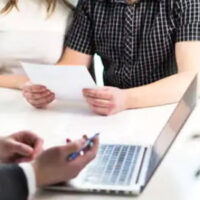 If you’re approaching a marriage in Orlando, you might be considering the possibility of a prenuptial agreement. These agreements have been around for many years, and they are especially popular for single people who have considerable assets. Prior to signing the marriage contract, these premarital agreements allow individuals to protect their assets in a relatively easy way. However, prenuptial agreements aren’t free, and you’ll need to enlist the help of an attorney in order to make this happen. So are they actually worth the money?

The truth is that each marriage is slightly different, and there’s no easy way to tell whether a prenuptial agreement is the right choice for you. While internet research can provide you with a foundation of information, it only gets you so far. To receive targeted legal advice based on your specific situation, you’ll need to sit down with a family law attorney in Orlando and speak about your circumstances during a consultation. After assessing your unique needs and priorities, your family law attorney can recommend the best course of action. If you determine that a prenuptial agreement is the most logical choice, your attorney can then help you create a rock-solid prenup that is worth every penny.

Why Most People Avoid Prenuptial Agreements

Many people avoid prenuptial agreements because they are seen as somewhat controversial and taboo. Even though one spouse might want a prenup, they might stay silent and avoid broaching the topic with their spouse-to-be. In many cases, spouses assume that if they pursue a prenuptial agreement, it is a sign of distrust. They may also think that it sends a bad message prior to the marriage, as they are already considering the prospect of divorce before the marriage even begins.

But when you step back and look at the bigger picture, you realize that prenuptial agreements really aren’t that big of a deal. If you and your spouse have a secure relationship, bringing up the possibility of a prenuptial agreement in a careful, considerate manner shouldn’t cause any issues. Here are some pointers on how to bring up the topic:

Why Prenuptials Are Worth Every Penny

Prenuptial agreements can be highly beneficial for both spouses. For the high-earning spouse, prenups provide a sense of financial security. This is because no matter what happens during the marriage, these spouses know exactly how their debts, assets, money, and property will be handled if a divorce occurs. Very few legal disputes are likely, as the prenup lays out a clear guideline ahead of time. This means that divorces can be handled quickly and easily, while spouses walk away with the assets that were previously agreed upon.

Don’t underestimate the significance of peace of mind for both spouses. Even though it’s true that prenups are a divorce planning tool, they can actually help spouses avoid divorce. As previously mentioned, money is the leading cause of divorce. With a prenup in place, spouses can worry less about their financial security – whatever the future may bring. This can lead to a more stable, long-lasting marriage.

So… Are Prenups Worth the Money?

There’s no getting around the fact that prenups can be costly. Lawyers often spend many hours helping future spouses negotiate the terms of this agreement. Next, they need to draft the agreement in an extremely careful manner. Small mistakes can invalidate a prenuptial agreement, making it unenforceable if divorce occurs. This is why creating a prenuptial agreement is a time-consuming and expensive process. That being said, you get what you pay for – and prenuptial agreements are clearly worth every penny.

For spouses that run the risk of losing millions of dollars when divorce rolls around, the cost of creating a prenuptial agreement is negligible. In other words, this legal document can save you much, much more than it costs.

A dedicated Orlando prenuptial agreement lawyer at the office of Steve Marsee, P.A. can help you today. Thanks to a wealth of experience, we can help you craft a rock-solid prenuptial agreement that is well worth the cost. There’s really no sense in putting your hard-earned assets at risk, especially when you consider that divorce rates are higher than ever. You never know what might happen in the future, and it’s simply a smart decision to explore your legal options prior to your marriage. Book your consultation today, and we can go over the possibilities together.