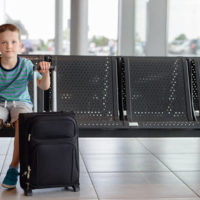 In some cases of divorce, a parent will attempt to move out of Florida in order to influence child custody decisions or try to get more favorable terms under another state’s divorce laws. However, laws are in place that prohibit this type of behavior immediately prior to or during a divorce. As a parent, you have the right against the other parent moving your child outside of the state and Florida’s jurisdiction in order to influence child custody decisions. The law office of Steve W. Marsee has helped many parents whose spouses have attempted to do the same and can enforce your rights under Florida law.

Florida adopted a version of the Uniform Child Custody Jurisdiction and Enforcement Act (UCCJEA) that governs jurisdiction for child custody and divorce cases. Under the UCCJEA, a parent is not allowed to move from Florida to another state and then file for divorce a few days or week later in their new state of residence. For the purposes of determining child custody, visitation, and support the family court that has jurisdiction over these matters is the child’s home state. This is determined by either where the child has continuously resided for the last six months or, if there is no continuous residency, where the parent and the child have significant connections. If you are still living in Florida and your spouse and child moved less than six months ago, the child’s home state will remain Florida.

Your Rights as a Parent

In addition, the UCCJEA also requires parents who are considering a move out of state with their child to fulfill other obligations to the other parent. First, Florida law requires that the parent moving more than fifty miles away with their child for a period longer than sixty days inform the other parent prior to moving. If you agree to the move, it must be done in writing and approved by the family court. If you do not agree to the move, you are allowed to contest the decision. A hearing will take place in family court where each side will present their arguments to the judge, who will then make a decision about whether the child is allowed to make the move.

Once Florida establishes itself as the child’s home state, the Florida family court also retains exclusive jurisdiction to make modifications to the child custody agreement. This prevents other state courts from issuing conflicting child custody orders if your spouse does not agree with the decision rendered by the Florida family court judge. Child support orders are issued by the court handling the divorce case, so if Florida courts dictate the terms of the divorce it will also have exclusive jurisdiction over the issuing and modification of child support, as well.

Talk To Our Office Today

If you have questions about your rights as a parent in a Florida divorce, call or contact the office of Steve W. Marsee in Orlando today.