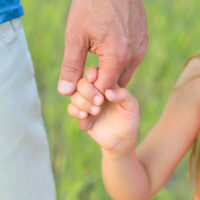 An Example of an International Custody Battle in Florida

In November of 2022, it was reported that a baby in Florida was at the center of an international custody battle. Essentially, this baby had no business being in the United States under normal circumstances. For all intents and purposes, the baby’s grandmother in Haiti was best-positioned to care for the child, and this grandmother had the most obvious claim to guardianship. But these were not normal circumstances because of a range of factors.

Firstly, the child had a serious heart condition that required complex surgery. The child’s foster parents in Florida argued that it was in the baby’s best interests to stay in the United States to ensure access to the best possible medical treatment available. They argued that Haiti could not provide this same level of medical treatment. In addition, the foster parents raised the issue of Haiti’s political instability, claiming that this was not a safe environment for an infant. With these arguments, the foster parents made a viable case that remaining in the United States served the child’s best interests. This is an example of how complex international custody battles can be.

If parents are citizens of different countries, it can be difficult to determine who should have sole custody and where the child should live. However, it’s worth mentioning that if the child is born in the United States, it is very difficult to legally remove the child from the nation without the other parent’s expressed permission. If a parent does this without permission, they may face kidnapping charges upon extradition back to the United States. Kidnapping is almost always prosecuted as a felony.

However, this all depends on the country’s extradition laws, and whether they are willing to cooperate with US authorities. The best way to deal with this issue is to go through the proper legal process in the family courts and petition to have the child live in a different country. In order to make this happen, the parent who wishes to move out of the United States must show that this decision is in the child’s best interests.

Where Can I Find a Child Custody Lawyer in Florida?

Whether you’re fighting for custody on an international or local scale, you always need help from a qualified Orlando child custody attorney for best results. Get in touch with Steve Marsee, P.A. at your earliest convenience, and you can fight for your parental rights in the most efficient way possible. We have helped numerous parents in the Sunshine State over the years, and we can help you get started with effective legal strategies. Book your consultation today and get the ball rolling.