Florida Ranked Low Among the Best States to Raise Children 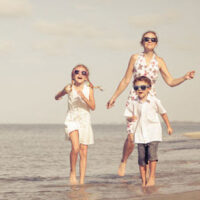 Even though Florida’s year-round warm weather offers a roughly endless list of kid-friendly activities, the Sunshine State is not the best state to raise a family. This was the finding of a new study by WalletHub, a popular personal finance website.

According to Patch, Florida ranked low among the best states to raise children. The Sunshine State ranked 39th overall across 50 key indicators of states’ family-friendliness. Those indicators ranged from median family salary in the state to unemployment rate and housing affordability.

Florida ranked 49th out of the 50 states for the state’s separation and divorce rate and last for the percentage of families with young children. Other rankings included:

What About Florida’s Child-Related Divorce Laws?

Those who have had first-hand experience with Florida’s family law system would agree that raising children – or, to be more precise, getting divorced with children – can be a thorny process.

We have outlined the basics of Florida’s child custody laws so that you know what to expect in your situation.

Who Will Get Custody of Our Children?

The Florida Statutes do not recognize the term “custody,” nor do parents have joint or sole custody. In the Sunshine State, both parents have “time-sharing” with their kids following a divorce.

What About Child Support in Florida?

If both parents share custody – or, to be more exact, have equal time-sharing – does anyone have to pay child support in Florida?

In this situation, child support will be calculated based on the Child Support Guidelines Worksheet, which takes into account parents’ percentage of time-sharing, income, health insurance, costs of daycare, and other factors. Generally, the higher the payor parent’s time-sharing percentage (the more overnights he/she has with the child), the less that parent is ordered to pay.

However, Florida courts are not inclined to deny or restrict visitation unless the non-custodial parent is likely to kidnap the child, has molested, abused, or assaulted the child, or is likely to drink excessive amounts of alcohol or use illegal drugs while caring for the child.

Contact an Orlando child custody attorney to protect your interests when negotiating a time-sharing schedule and the amount of child support payments in and outside of the courtroom. Reach out to Law Offices of Steve W. Marsee for a consultation. Call at 407-521-7171 today.