Do You Have To Pay Child Support If The Other Parent Was Awarded Sole Custody? 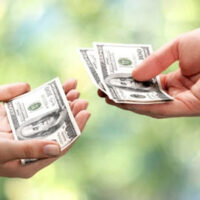 Under Florida law, parents have an obligation to financially support their kids. When parents get divorced, they may be reluctant to support their children voluntarily. That is why Florida courts award child support when a divorce happens to make sure that parents pay child support.

Failure to comply with a child support order can have negative legal consequences.

What is Custody in Florida Divorces?

In Florida, the term “custody” is referred to as the care, control, and maintenance of a minor child. In most divorces in Florida, parents are awarded joint custody rights, which means both parents share responsibilities and access times with the children.

In addition, parents who share joint custody have a right to make decisions about the child’s upbringing, education, religion, and other fundamental things. When parents have joint custody rights, the parent who is awarded more time with the children is considered a primary custodial parent.

What is Sole Custody?

While Florida courts award joint custody rights in most cases, sole custody arrangements are also not uncommon. In Florida, courts refer to sole custody as the “sole parental responsibility.”

When a parent has sole custody, that parent has full responsibility to make major decisions for the child. While the parent has exclusive physical custody, the other parent can be granted visitation rights.

Can You Be Ordered to Pay Child Support if the Other Parent Has Sole Custody?

Under Florida’s child support guidelines, codified at Fla. Stat. § 61.30, child support orders are based on a number of factors, including the income of both parents and the amount of time each parent was granted to spend with the children following their divorce.

In most cases, non-custodial parents are ordered to pay child support whether they share joint custody or have no custody rights in a sole custody arrangement. In a sole custody arrangement, a Florida court may order the non-custodial parent to pay child support because the parent does not care for the child and does not incur any expenses related to the child’s everyday needs.

What Happens if You Do Not Pay Child Support in Florida?

Failure to pay child support can result in such penalties as:

If you were ordered to pay child support, you are legally required to make the payments to comply with the court order, even if the other parent was awarded sole custody. Consult with our attorney at the Law Offices of Steve W. Marsee, P.A., to find out how you can modify the existing child support order. Call 407-521-7171.