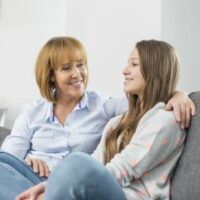 With so many people remarrying in Florida, step-parents often play important roles in the lives of children that are biologically unrelated to them. Sometimes, they become more involved in their children’s lives than either of the biological parents. But what happens if the new marriage fails, and the step-parent is left fighting for custody of the children they’ve helped to raise? Is it possible for step-parents to obtain sole custody if the biological parents are unfit or unable to act as parents?

If both of the biological parents die or become somehow incapacitated, a step-parent may be given court-ordered guardianship over minor children. Guardianship is always seen as a last resort in Florida, as there are many other alternatives that are preferable. In some situations, custody might pass instead to other family members, such as grandparents. If you wish to become the guardian of your stepchildren, you must show the court that you are the best choice. Sometimes, courts make you the new guardian of your stepchildren without you having to do anything.

It’s important to remember that custody and guardianship are not the same. Becoming the guardian of your stepchildren does not necessarily mean that you will also be granted custody. The biological parents’ custody may also not be revoked, assuming that they’re still alive but incapacitated.

The Most Likely Scenario

When it comes to step-parents being granted sole legal custody of children in Florida, there are only a few likely scenarios in which this might happen:

Where Can I Find a Qualified Custody Attorney in Orlando?

If you’ve been searching for a reliable Orlando child custody attorney, look no further than Steve Marsee, P.A. Over the years, we have helped numerous parents strive for the best possible results during custody battles. As a step-parent, you have important rights that must be respected. Book your consultation today, and we can assess your unique situation and provide targeted guidance. Time is of the essence, so reach out now to get started.