Can A Paternity Test Be Incorrect? 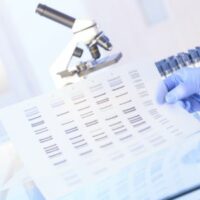 If you believe that your paternity test produced an incorrect result, do not hesitate to speak with an attorney to discuss your options.

When Can a Paternity Test Be Incorrect?

Paternity tests are designed to examine a man’s DNA to determine if he is biologically related to the child. When the man shares a significant amount of the child’s DNA, the results of the paternity test can be used to establish paternity.

While paternity tests are very reliable, it is possible that the test may show a false negative or false positive result due to errors.

Reasons a Paternity Test Can Be Wrong

If you believe that the results of your paternity test are erroneous or incorrect, you may have a right to dispute the accuracy of the test. It is advisable to speak with a knowledgeable attorney to understand your options. Contact our Orlando paternity attorney Steve W. Marsee to discuss your particular case. Call 407-521-7171.