The Effect of Domestic Violence on Divorce in Florida 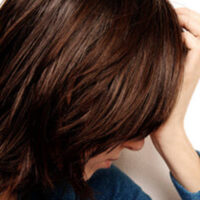 Each year, there are more than 100,000 reported crimes of domestic violence in Orlando and other parts of Florida. Many of these cases may ultimately provide a reason for divorce.

How does domestic violence affect a Florida divorce? Not long ago, cases involving physical abuse and domestic violence were considered “grounds” for a divorce in the Sunshine State. Now, spouses can file a divorce petition based on “irreconcilable differences.”

Nonetheless, Florida’s family laws are designed to protect victims of household violence and work in a victim’s favor in terms of a divorce settlement.

For many parents leaving abusive marriages, child custody and visitation arrangements are a top concern. Florida judges award child custody based on the best interests of the child. While the legal presumption dictates that shared parental responsibility is ideal, that is not the case if there was a history of domestic violence.

In Florida, judges consider the following types of evidence when awarding child custody:

If any of the evidence is found, sole parental responsibility may be awarded to the abused parent. However, even those who have been accused or convicted of domestic violence may still get visitation time.

Prior to awarding visitation time to the abusive parent, the judge will consider the safety of the abused parent and the child and will decide whether supervised visitation would be appropriate.

If there are financial disparities between spouses after divorce, a Florida judge will award spousal support. But is domestic violence a relevant factor when determining and calculating alimony in Florida?

In most cases, judges do not consider either spouse’s fault when awarding spousal support, but domestic violence may have an indirect impact on alimony. When it comes to determining alimony, Florida judges consider a multitude of factors, including each spouse’s income, earning capacity, employability, physical and emotional health, and many more.

If domestic violence adversely affected any of these or other factors, it could have an impact on the spousal support award. Regardless of the circumstances, a judge will not award alimony if one spouse does not legitimately need spousal support and/or the other spouse cannot afford to pay it.

Judges in Florida follow the state’s equitable distribution rules when dividing marital property in a divorce. While state laws dictate marital property to be divided fairly, it does not necessarily mean “equally.”

While a judge might not consider domestic violence when dividing property, any indirect effects of household abuse, including long-term injuries or financial losses, could be relevant.