Here’s How Remarriage Can Affect Your Divorce, Alimony, Timesharing, and Other Issues 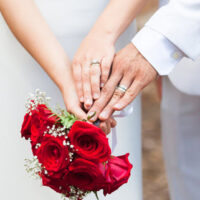 While many people are reluctant to marry someone – or even begin dating – immediately after getting divorced, the idea of remarriage may not seem that outlandish after a while. However, remarriage after a divorce is a big step because you need to consider its potential impact on your divorce settlement as well as alimony, child support, and timesharing.

Is There a Waiting Period for Remarriage After Divorce in Florida?

Most states do not have a waiting period for remarriage after a divorce. However, in the past, divorced people in most states had to wait a year or even longer after a divorce before they were allowed to get married again.

According to The Spruce, while there are no restrictions on getting married after a divorce in Florida, there is a three-day waiting period for residents who have not completed a mandatory premarital preparation course within the past 12 months.

How Remarriage After Divorce Affects Alimony

While the potential effect of remarriage on alimony may make you reluctant to get remarried, it is advised to consult with an Orlando alimony attorney to determine how remarriage may impact your former spouse’s obligation to make spousal support payments.

Also, many divorced people who contemplate getting married again after divorce fail to consider the potential impact of remarriage on their timesharing arrangement and parenting plan in Florida.

A parent could request a modification to change the amount of time the child spends with the newly married parent, especially if the child’s new stepparent is abusive, irresponsible, or has an addiction or problems with substance abuse.

However, the court is unlikely to modify the existing parenting plan if the child has a positive relationship with their new stepparent. It is important to discuss your particular situation to determine the potential impacts of remarriage on your previous divorce, alimony, timesharing, and other issues.

Schedule a consultation with our Orlando family law attorney at the Law Offices of Steve W. Marsee, P.A., to discuss how remarriage may affect your legal and parental rights and obligations. Call at 407-521-7171 for a case review.