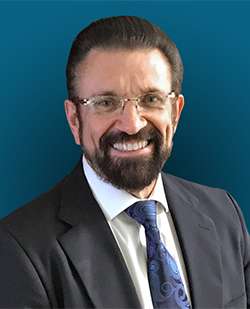 From his offices in Orlando, Steve W. Marsee assists clients throughout Central Florida in complex marital and family law matters, including divorce, child custody and support, and property distribution. Mr. Marsee attended the University of Miami School of Law and the University of Central Florida, where he received his undergraduate degree in legal studies with a minor in criminal justice. While in the legal studies program, Mr. Marsee worked full-time, took 15 hours each semester (including two summer terms), and maintained a 4.0 GPA.

Before embarking on his legal career as an Orlando divorce attorney, Mr. Marsee became one of the youngest Chiefs of Police in the country at the age of 29, having received national acclaim as Florida’s most successful undercover drug agent while serving as investigator in charge of intelligence and organized crime for the Lake County Sheriff’s Office. Through his work in law enforcement, Mr. Marsee gained valuable experience in negotiating complex issues with a wide variety of people and dealing with high-stress, high-stakes situations. This experience has greatly aided him in his practice as a marital and family lawyer.

Mr. Marsee is an active member of the Florida and Washington D.C. Bar Associations, the U.S. Middle District Court of Florida, the Orange County Bar Association Criminal and Family Law Committees, and the American Inns of Court. He is also a Florida Supreme Court certified family law mediator and a charter member of the Central Florida Family Law American Inns of Court. His entire staff is made up of college-trained and experienced trial paralegals who regularly attend hearings and trials with him. They assist him in organizing the high volumes of evidence and documents that come with the complex cases he handles.

Before he opened his divorce law firm, Mr. Marsee went through a particularly nasty divorce himself. During his case, the judge complimented his work and asked him why he hadn’t hired an attorney. Mr. Marsee replied that all the attorneys who were competent and aggressive enough to deal with his case weren’t affordable and the ones he could afford did not seem competent and aggressive enough. The judge then advised him to attend law school and go into the practice of marital and family law — so he could become that competent and aggressive but affordable attorney that others facing the ordeal of divorce want. His philosophy is simple: “Vigorously litigate the issues that you feel are justified; concede the ones that aren’t; attempt to mediate and settle things in between; research both thoroughly so you can recognize the difference — and at all times conduct yourself in an ethical and professional manner, treating everyone you meet with dignity and respect.”

Earlier in Mr. Marsee’s career, he worked as a chief of police and also as an undercover drug investigator. This experience exposed him to great diversity, raising his awareness and understanding of the emotional issues and stressful situations people encounter in all walks of life. Successfully dealing with such situations honed his problem-solving skills, enabling him to work effectively as an Orlando divorce lawyer with families confronting emotionally difficult and complicated divorce issues.

Through his unique law enforcement background, Mr. Marsee acquired insight and analytical skills that he uses in negotiations and legal representation. Negotiation is commonly used to resolve divorce issues, especially since the majority of divorces in the United States today are settled outside of court. Whether put to use in mediation or negotiated settlements, Mr. Marsee’s people skills and ability to cut to the core of complex issues help clients achieve successful outcomes.

Since beginning his Orlando divorce law firm in 2000, Mr. Marsee has handled more than 1,000 divorce and family law cases. All cases receive his personal attention, and he provides clients in the Orlando area with effective legal guidance, dispute resolution and representation.

While most clients prefer amicable resolutions, other clients seek Orlando family law firms that can provide aggressive representation through trial. Divorces that are intensely steeped in controversy may require litigation to resolve one or more issues. Mr. Marsee is a highly competent litigator and provides strong advocacy to protect his clients’ interests.

Consult one of Orlando’s most reputable family law attorneys

Rely on our experience to help you resolve your Orlando family law issues. Contact the Law Offices of Steve W. Marsee today for an initial consultation.