Florida Could Abolish the Permanent Alimony System Once and For All 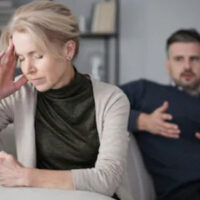 Florida lawmakers could put an end to the state’s permanent spousal support payments, though a Florida Bar section is opposing the bill that would place caps on the duration of alimony payments in the state.

The bill would prioritize the short-term alimony system, also known as the “bridge the gap” spousal support to the dependent ex-spouse, according to WFSU. Florida is one of six states that still award lifetime alimony, not to mention that its statutes allow for a significant degree of judicial discretion.

How Would Florida’s Alimony System Work Under the Bill?

The bill was approved by the House Civil Justice Subcommittee. Supporters of the bill say that the legislation would incentivize relationships after a divorce in two ways:

The bill would also place caps on two other forms of spousal support in Florida:

The bill would also free the obligor from providing alimony payments when they reach retirement age. In other words, people who can no longer pay alimony after reaching retirement age would not be subject to a contempt order and would not end up in jail.

Why Do Opponents Criticize the Proposed Bill?

The Florida Bar’s family law section opposes the proposed bill. The report cited Michelle Klinger Smith, an attorney who spoke on behalf of the section, saying that striking the definition of permanent alimony from the statutory language would “create havoc.” Despite striking the language as to what permanent alimony is, the proposed bill states that lifetime spousal support can still be awarded when agreed upon by both parties.

The Florida Bar’s family law section also criticizes the child custody provision of the bill that states a presumption of equal, 50/50 time-sharing of minor children after a divorce is in the child’s best interest.

When is Permanent Alimony Awarded in Florida?

Currently, Florida family courts award permanent alimony following a marriage of long duration. In Florida, a marriage that lasted 17 years or longer is considered a “long duration.” Prior to awarding lifetime spousal support, Florida courts take into account these factors:

Often, courts may award permanent alimony following a medium-length marriage between seven and 17 years. In rare cases, courts may award spousal support for marriages that last less than seven years, but only if the dependent spouse can establish exceptional circumstances.

Contact our Orlando divorce attorneys at the Law Offices of Steve W. Marsee to discuss spousal support in your case. Call at 407-521-7171 to evaluate your situation.